Experience a terrifying story about the most brutal battle of World War One: German Zombie soldiers fighting against English troops in April 1918. In addition to a classic comic you will also find an animated version of the entire story. What’s more, it includes the entire soundtrack of the Reel Banditos – plus an interactive map with further background information. That’s as good as it gets! To mark the launch of this App, it is going on sale at the price of just 0.89 € or 0.99 $. This special offer is limited up to Valentines Day on 14th February 2014. So don’t hang about, order now. 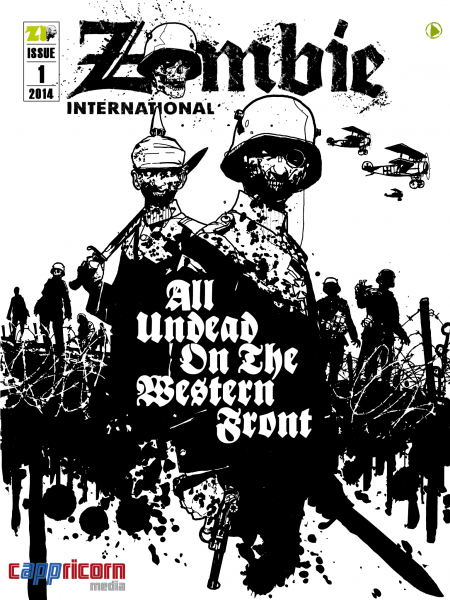 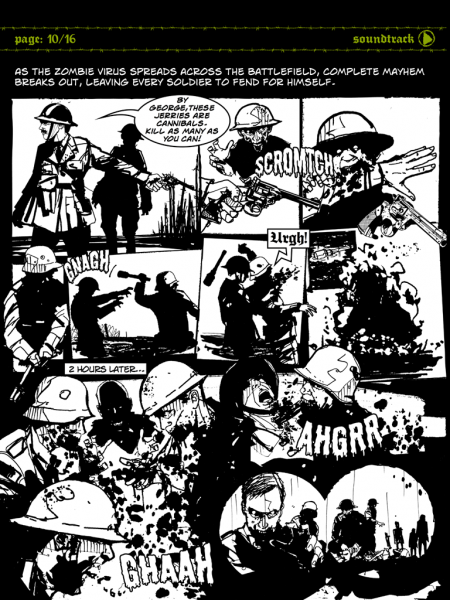 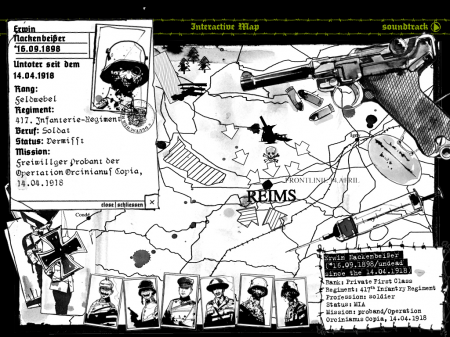