The global population stands at 400 million, and every survivor bears the scars of humanity’s struggle to defeat an enemy few believed could exist. Some nations have emerged stronger than ever. Others struggle to survive. Some no longer exist at all.

In the aftermath of the zombie pandemic Keith Taylor, noted author of apocalyptic fiction, gathered accounts of survivors from every walk of life, from American political leaders to British journalists to members of India’s homeless underclass. Together these chilling interviews describe humanity’s most brutal war, leading from the emergence of the virus in the Siberian wilderness to the shocking Shibuya footage, through the confusion of the President’s impeachment to the disastrous consequences of the UN’s sweeping refugee amendment, ending with us battered and broken, diminished but not defeated, in the fragile peace we now enjoy. These accounts represent the most complete commentary to date of humanity’s loss.

From these interviews emerges an image of our civilization as it truly was: imperfect, fragmented and unprepared for a disaster on such a scale. This is the Way the World Ends takes an uncompromising look at the world we had and lost; a look at the pain we suffered due to our inability to accept a single, simple truth:

Note: Readers who lived through the pandemic may find the interviews contained within this collection distressing. Discretion is advised.

The Last Blade of Grass 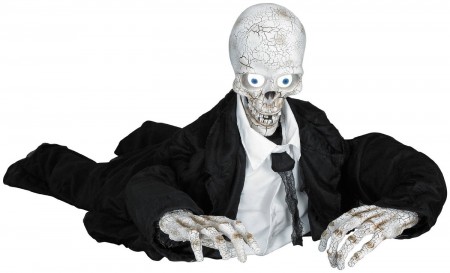