Watch Ray Wise ("Twin Peaks," "Reaper") kick some zombie tail when his Kickstarter video goes horribly wrong. This found-footage video is free to watch and a unique take on crowdfunding which has attracted such actors as Michael Cassidy ("Smallville," "Men at Work") and David Krumholtz ("Numb3rs," "This Is the End"). From filmmaker Kyle Rankin ("Infestation") comes this hilarious short with high production value and effects. Warning: Blood and guts galore!

Find out why Eric Weiss of @ZombieRiot says: "This is the best Kickstarter I’ve ever seen. It NEEDS to happen!" Kickstarter staff liked it so much, they pledged money to the project themselves! 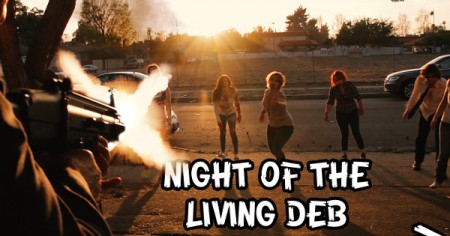